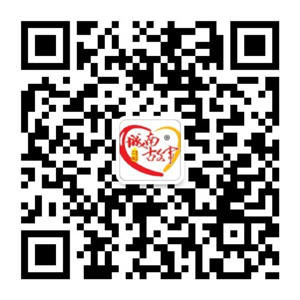 Jiangxi Zhenniu Food Co., Ltd. was founded in July 2004. The company is located in the birthplace of world rice culture. Wannian County, Jiangxi province high-tech development zone, convenient transportation, smooth logistics. Zhenniu Company is a large-scale and comprehensive confectionery and chocolate manufacturing company in Jiangxi Province. The investment scale is 500 million yuan, of which 300 million yuan is fixed assets, which has formed a capacity scale of 2 billion yuan. Dingyanshan, chairman of Jiangxi Zhenniu Food Co., Ltd., responded to the government's call to return home to start a business. For ten years, he focused on the production and sales of candy and chocolate, and developed a small enterprise with a production value of millions of yuan to 2017. The output value of 100 million provincial agricultural industrialization leading enterprises. In 2015, the company's leading brand "City South Story" became famous. In recent years, the company's production and sales have doubled year after year, and it has been hailed as a "black horse" in the Chinese candy industry. The company's "Jiangnan Candy Industry Park" is a major industrial project planned in Jiangxi Province and has five major functions: a large-scale candy chocolate production base in the Jiangnan region, an annual output of 100,000 tons of candy chocolate, and a national candy research and development center. Training center, Ming and Qing sugar workshop, Wedding candy experience display sales center, perfect electronic business center.

Zhenniu Company and Nanchang University are married to create a candy production technology Heights, actively excavate the connotation of Jiangnan wedding candy culture, concentrate on studying the essence of Jiangnan sugar technology, and rely on the unique natural resources and natural health research and development concepts of Hongtian to develop a series of best-selling candy. "South City Story" products include "beautiful marriage" and "lovers" two series of high-end candy, chocolate products, including fudge, hard sugar, cream sugar, peanut sugar, bovine sugar, candy and chocolate more than 500 color varieties. Due to its advanced technology and rich variety, the "South Story" products have been sought after by dealers and consumers across the country. Each series of sweets continues to catch on in the North and South markets.

Since 2012, Zhenniu Company has strengthened its brand construction and launched large-scale outdoor advertisements at Shanghai-Kunming Expressway. In 2014, Renjing, who had the honor of "Immortals" in the Chinese performing arts, was hired as the brand spokesperson for the couple, and TV commercials were launched on CCTV1, CCTV3, CCTV7 and more than a dozen local TV stations. "Home has a happy event, the story of the south of the city" then sings inside and outside the Great Wall, and the rivers and rivers. In 2015, Zhenniu Company and "Sugar, Tobacco and Alcohol Weekly" cooperated and continuously launched the "China Journal" advertisement. Accurate communication positioning, differentiated brand road, innovative brand marketing, so that "the story of the south of the city" completed the exquisite transformation of brand culture and corporate culture. In 2017, CCTV broadcasted a half-year image advertisement at 8:30 PM in the prime time and broadcast it on 12 provincial TV stations such as Liaoning, Shandong, Hubei, Henan, and Yunguichuan. Today, "South City Story" products all over the country, there are more than 1,500 dealers at all levels, "South City Story" terminal shop more than 400. At the same time, Zhenniu Company has grasped the new trends in e-commerce and launched online sales. Many varieties such as "Chengnan Story" almond sugar and orange sugar have been ranked well on the National Taobao Internet for many years, with annual sales of nearly 80 million yuan. Due to outstanding achievements, it was named "Jiangxi Province Electronic Commerce Demonstration Enterprise" at the end of 2014.